Ukrainian Ukrspetsexport company said that it signed a deal with Pakistan to repair and modernize the Pakistan Air Force Ilyushin Il-78 aerial refueling tanker plane. Work under the contract will be carried out by Nikolaev Aircraft Repair Plant under Ukroboronprom.

While the initial contract is to upgrade one aircraft, the total contract pegged at over $30 million, involves two more Il-78s. A contract for the remaining two will be signed based on the results of the first contract.

The Pakistan Air Force (PAF) procured its four IL-78s from Ukrainian surplus stocks in the mid-to-late 2000s. The first plane was delivered to the service in December 2009. Equipped with UPAZ re-fueling pods, the PAF has used the IL-78 to support its Mirage Retrofit Strike Element (ROSE) squadrons as well as undertake heavy-lift transport tasks.

According to Pakistani local media, a PAF Il-78 was spotted at 360th Aircraft Repair Plant in Russia’s Ryazan city in early 2017. It had set off speculations that Russia could be refurbishing the aircraft. 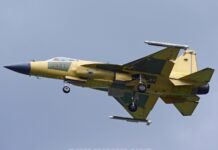 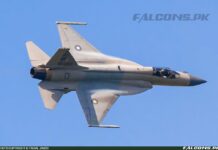