The first customer for the Saab 2000 AEW&C, the Pakistan Air Force placed the order with Saab, based in Stockholm, in June 2006 for Skr6.9bn. The Government of Pakistan renegogiated part of the contract in May 2007 due to financial crisis within the country. The contract value was reduced to Skr1.35bn. The first of four aircraft was rolled out in April 2008 and entered into service in October 2009. The second aircraft was delivered to Pakistan in April 2010 to monitor Indian airspace. In 2017, the Pakistan Air Force ordered three additional Erieye systems from Saab.

The Saab 2000 AEW&C airborne early warning and control aircraft is a variant of the Saab 2000 regional transport turboprop aircraft equipped with the spine-mounted Saab Systems Erieye PS-890 side-looking reconnaissance radar. Saab Microwave Systems (formerly Ericsson) is the lead contractor for the Erieye surveillance radar. Erieye is an active phased array pulse Doppler radar operating in the 3.1GHz to 3.3GHz band. The radar is operational from three minutes after take-off and during climb and provides an effective surveillance area of 500,000km². 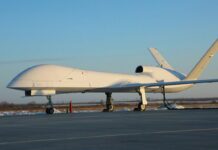 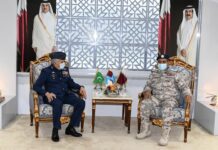 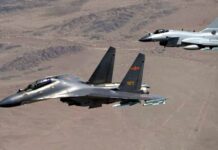