No. 11 Multirole Squadron was adjudged the best squadron of Inter Squadron Armament Competition, which was held at Sonmiani firing range. The closing ceremony of this most anticipated contest was held at an Operational Air Base. Air Chief Marshal Mujahid Anwar Khan, Chief of the Air Staff, Pakistan Air Force was the chief guest at the occasion.

All PAF Fighter Squadrons were evaluated for operational readiness and weapon system performance under competitive environment. The main highlight of the competition was exceptional performance by the JF-17 Thunder aircraft and it reaffirmed its position as the front line fighter of the PAF. 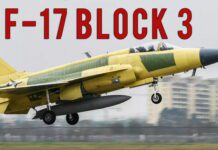 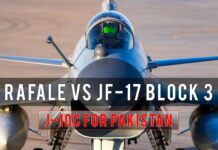